Judges for Kings: Americans Experience Helplessness Against Their Own Courts

When I went to school as a little girl, I was taught a principle about the way our country government was established and have lived my life from that time forward accepting without question that the explanation was true.  Now that I am a grown woman, and my life has been irreversibly damaged by that same system of government, I can no longer fool myself into believing that those core concepts still function as intended in America.


I do not have a degree in law, but I am also not uneducated.  While I have achieved a Masters in Business Administration and Bachelors in Journalism and Public Communications, I do not pretend to know the ins and outs of court rules and procedures or all the intricacies of political science.  This writing is an attempt to explain what I see happening all around me, and its immoral nature regardless of legality.  Most of you can relate to the common human experience of seeing actions in motion and knowing that whether something is legal or not, it is not moral and should not be allowed to continue without consequence.


As a child, I was taught two key principals of government: separation of powers, and checks and balances.  Separation of powers is the principal reason we have different ‘branches’ within both our state and federal governments which have uniquely separate functions and responsibilities.  We have the Executive Branch (president/governor), Legislative Branch (congress/house and senate), and Judicial Branch (courts).  As Americans we recognize the purpose of each and the various times their opinions do battle in the public arena.  Which brings me to my next point. 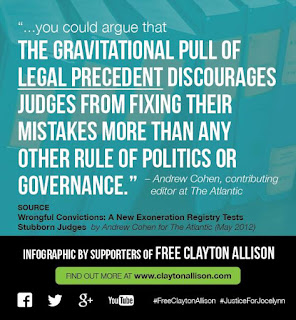 Separation of powers is a concept doomed to failure without the other key principle of checks and balances.  Checks and balances are designed into our systems to hold one branch accountable to one or both of the other branches, and prevent one branch from running roughshod over the others, and more importantly over the people.  After the experiences I have had with our court system over the last 7 years, it is my firm belief that the checks and balances system in America is failing, and our people are paying the price for that failure.


Part of that failure is the fact that we have decided that separation of powers is more important than the checks and balances system, and I believe, a failure to understand the true meaning of separation of powers itself.  We have come into an age where we believe that this separation means the authority of one branch can never touch the actions and responsibilities of another branch or it is ‘inappropriate’.  We still seem to accept that one can ‘block’ another or ‘overrule’ another if their opinions differ; however, we’ve lost the fundamental concept of accountability for the actions that are actually successful.


When someone is being abused by an agency of the government, or sometimes even an independent party, one of their options is to go to their legislator and request assistance.  Frequently, that legislator can investigate the situation and step in if it is appropriate to prevent or halt abuse.  But what if you are being abused by a branch of government?  In my experience, and the experience I see echoed across the realms of journalism and social media, you are simply out of luck.  When you call a legislator or governor over outright corruption in a legal case being carried out against yourself or a loved one, the response is all-too-frequently, “I cannot help you.  That’s currently being handled in the realm of the courts, so I cannot become involved.”


Where has our accountability gone?


If you take this response to the next logical conclusion, what it means for the average American is, “I’m sorry.  I have to wait until you have been so badly abused and tormented by our flawed system that your life is now unrecognizable and you have lost all hope, before I can step in and see what happened.”  At which time, some of them may be more likely to hide the mess due to shame than help the wounded individual.  It is akin to watching a woman be raped, but standing back and saying, “I’m sorry, but I don’t have the authority to get involved.  When he’s done, feel free to come to me and I will see what help I can arrange for you.”


Perhaps the analogy feels a little extreme to those of you who have not experienced the court system yourself, so I will try to put it in perspective.  If you are accused of a crime and indicted in a court - federal or state - you are imprisoned; sometimes with the option for bail and sometimes with a bail so purposefully unreasonable it could never be met.  If you cannot meet bail, you must remain in prison until the court gets around to trying your case, and most lawyers will tell you that in a serious case, you must waive your right to a ‘speedy trial’ immediately unless you want to go to prison, because they have not had time to familiarize themselves with the facts, or arrange the needed experts. 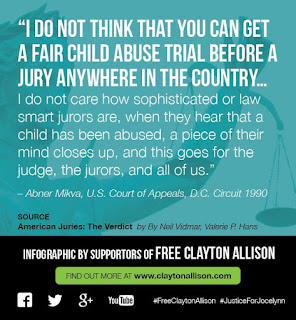 In cases of a rape or child abuse accusation especially (and I am in no way indicating that it is not a real crime or that it doesn’t happen), the evidence may rest solely upon someone’s word or opinion and we as a society need to recognize - that is an awful lot of power to bestow upon someone to destroy someone else’s life.  After all, even if the accused wins against a false accusation and are set free, the reality is that they have already spent significant time in jail (often years) and have been punished anyway.  I have a very recent example in my own community, where a young man spent 2 years in prison before being acquitted.  His bail had been intentionally set to an unachievable level, and he was only 17 years old at the time.


We also need to recognize that prison time is not the only penalty doled out on the accused, or their friends and family.  The separation, isolation, and daily risks to life and health are enough to cause great harm to anyone, but it doesn’t stop there.  Family and friends who stand by the accused in support typically become additional victims of the system.  They find their own character defamed along with the accused.  They often are threatened and attacked similarly by members of the public.  More disturbingly, they are often accused themselves of wrongdoing, in an attempt to scare them away from their stance of support, or weaken the appearance of that support, before a judge and jury.  They are afforded NO way to protect themselves. In my own life I found myself in this situation - and since that time I have met many, many others with similar experience.


My character was being attacked, state prosecutors were lying repeatedly on record about my prior testimony or lack thereof, and a judge was ruling against my ability to provide complete answers to questions I was being directly asked by the same prosecutors.  On January 27, 2015 - feeling trapped and helpless, and knowing I would be called to the stand yet again before the trial’s end - I entered the clerk’s office at the courthouse and declared, “Help me!  I am a primary witness in an ongoing murder trial, and I am being forced by a judge and prosecutor to either perjure myself or appear as an uncooperative witness, and I don’t want to do either!” 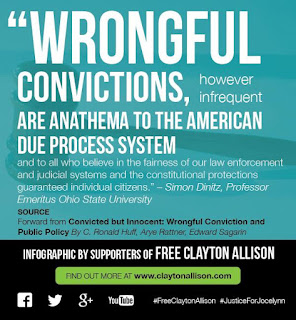 The clerks looked shocked, naturally, but I could not believe their response.  They informed me that there was nothing that could be done to help me unless I was to hire my own lawyer to defend ME during my husband’s trial.  We had not even been able to afford one for him!  He was represented by public defenders.  So the trial proceeded, and the damage continued, because the prosecutors in our case knew that defaming my character and belittling my love of my child was the assured way to win the case against my husband.  After trial, this pattern only continued as the Parole Officer assigned to the case informed me that the very prosecutor who victimized me in the court was the only appropriate person to represent my interests as a victim in the case.


We can look at other examples of the courts’ power at the federal level.  We have a supreme court that is issuing rulings which do not in any way have to represent the will of the people, but only their interpretation of law.  I am not taking a stance on any of these rulings, however, it must be acknowledged that the only way for the people to combat this type of action for a checks and balances system is to get all of congress to work together to push back against an action of this nature.  How often is our system of partisan politics able to achieve this kind of feat in our current age?  I would wager that it’s practically impossible, regardless of the topic.


If our systems are this out of balance in major political issues, what hope is there for the individual or family being victimized by the courts?  We have made our Judges our Kings, and there is no one willing or able to challenge them.  I wish I had an answer for how to solve this egregious imbalance of power within our federal and state governments, but I believe that would take a lof of creative and intelligent minds working together.  Instead, I hope to raise awareness of the problem, and ask each of you to seize the opportunity to speak to your legislators if you have similar concerns.  Please spread the word, and ask the Lord to lead you in whatever actions you decide to take.